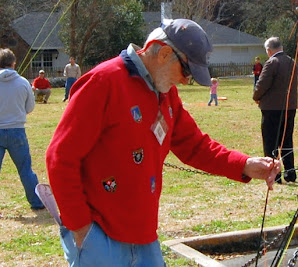 Last week, Acadiana Fly Rodders lost one of our most beloved members - and fly fishing in general lost one of its great contributors - when Robert "Bob" Tabbert passed away. Bob was 93 years old. Born in Ripon, Wisconsin, his job as a geologist took him to south Louisiana where he embraced the lifestyle. After retirement, he became a seasonal summer resident of his native state, living in a cabin in northern Wisconsin chasing his beloved brook trout. The rest of the year he lived here in Lafayette, where he was a longtime active member and board director for our club.

Bob had many interests, but his passions were fly fishing and conservation. In the Federation of Fly Fishers (now Fly Fishers International) he found an avenue for combining both. A longtime FFF member, in 2000, he and a few other members helped rebuild the FFF Conservation Committee and establish new goals and direction. He served many years on the FFI Conservation Committee, and more recently as the Committee's Senior Advisor.  He worked on the FFF's native fish conservation projects and chaired their Coldwater Committee. He also served as vice-president of conservation for both the Southern Council and the Gulf Coast Council after its formation in 2006.

In addition to his contributions as a conservationist were his contributions to fly casting. Bob was one of the first FFF Certified Casting Instructors in the state, and one of its first Master Certified Instructors. He also served a stint as Casting Director for the FFF Gulf Coast Council.  He helped organize several casting clinics for the Acadiana club, and directed casting activities for their annual conclave.

In 2019, Bob wrote a book "The Great Depression & Alaska Fly Fishing", a collection of stories from his youth growing up in central Wisconsin during the Depression. The second half of the book is about his time in Alaska working as a geologist. Both segments of his life are intertwined with his love of fly fishing.

Bob's wife, Phyllis, passed away in March of last year. They are survived by their children, Lori and Matthew, and a string of grandchildren and great grandchildren.
Posted by Catch Cormier at 11:52 AM

AFR is an FFI Charter Club 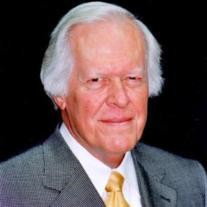 Our founding member and two-time president, the late Dennis Vidrine embodied our mission for education, conservation and philantrophy. His legacy remains in the generations he taught and inspired.